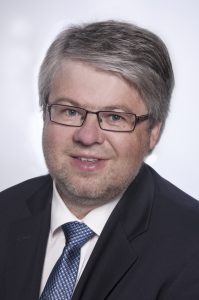 Eduard Lanner was born in Leoben in 1968. He studied piano (with Annelies Illenberger-Urbanitsch), organ (with Ernst Triebel) and music pedagogy at the University of Music and Performing Arts in Graz, as well as German language and literature studies at the Karl-Franzens-University in Graz.

Eduard Lanner continued his piano studies from 1990-94 with Prof. Paul Badura-Skoda at the Vienna University of Music. Subsequently, he completed them in 1996 with an artistic diploma under Rolf-Dieter Arens at the „Franz Liszt“ University of Music in Weimar. He received further lessons with Akira Imai, Ludwig Hoffman, Sarah Maria Sargent and Tatjana Nikolajeva.

He has given concerts as a soloist and piano accompanist in various European countries, as well as in the Far East, and has appeared several times on radio and television.

In addition to the works of Mozart, Brahms and Liszt, he is particularly interested in contemporary music. He has played world premieres, Austrian premieres, and colaborated on several CDs). 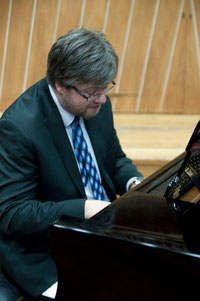 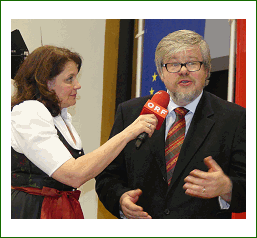 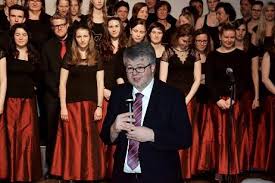 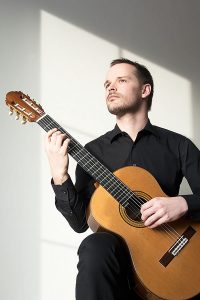 The Austrian guitarist, Florian Palier, grew up in a family of musicians, discovering his passion and love for music at a very early age. He first studied with his father, Johann Palier, later with Macro Diaz Tamayo and finally, with Álvaro Pierri at the University of Music and Performing Arts, Vienna where he graduated with distinction in 2015.

As an interpreter, composer and improviser it is his special passion to combine different musical worlds.

He is regularly invited to play concerts as a soloist and in various chamber music groups all around the world.

Florian Palier’s compositions are published by the Bergmann Edition and have received top critics. He is currently teaching at the University of Music and Performing Arts in Vienna as assistant of Álvaro Pierri and his own class at the Conservatory of Music in Graz.

He is regularly invited to teach master classes at renowned institutions such as the Taipei National University and the Tokyo Conservatory; and at festivals such as the Guitar Art Festival (Belgrade).

Palier has won more than 20 first prizes at competitions in Austria and abroad, Concerts, radio and television recordings have taken him throughout Europe, Russia, the Middle East, the US, Japan, and Taiwan. 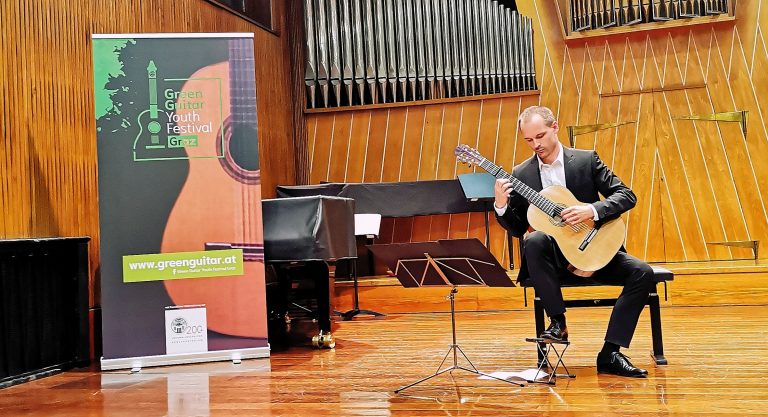 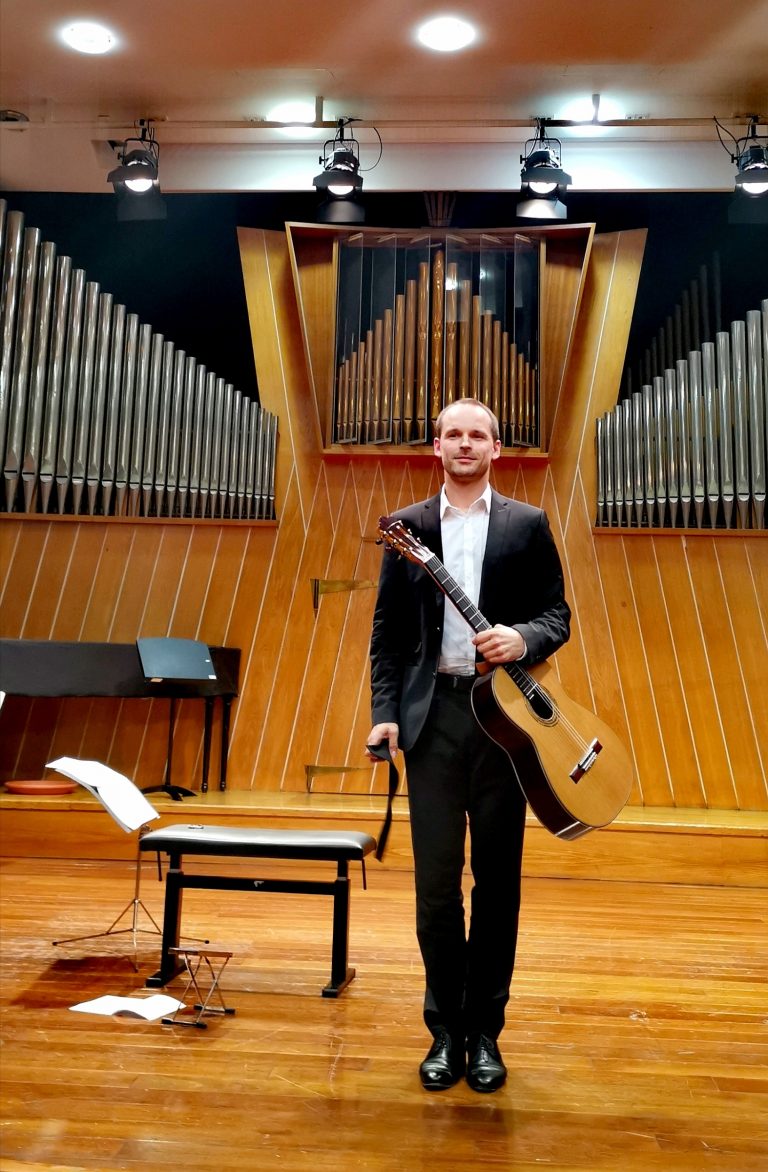 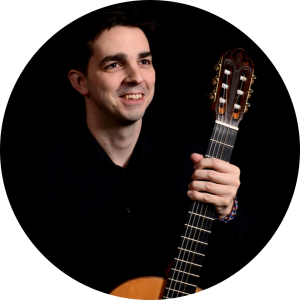 Born in Graz, Austria, Stefan Skrilecz studied at the University of Music Graz with Prof. Dr. Leo Witoszynskyj. Soon after finishing his studies, he started to teach at the Johann-Joseph-Fux-Conservatory, where he is head of the department of plucked instruments. He also lectures teaching practice for the University of Music Graz. His students received first prices at the national competition “Prima la Musica”.

In 2003 and 2004 he was art director for a series of concerts at the summer festival “Classics in the City”. Since 2018 he joined organizing the guitar festival “Green Guitar youth Festival Graz” with José María Obeso. 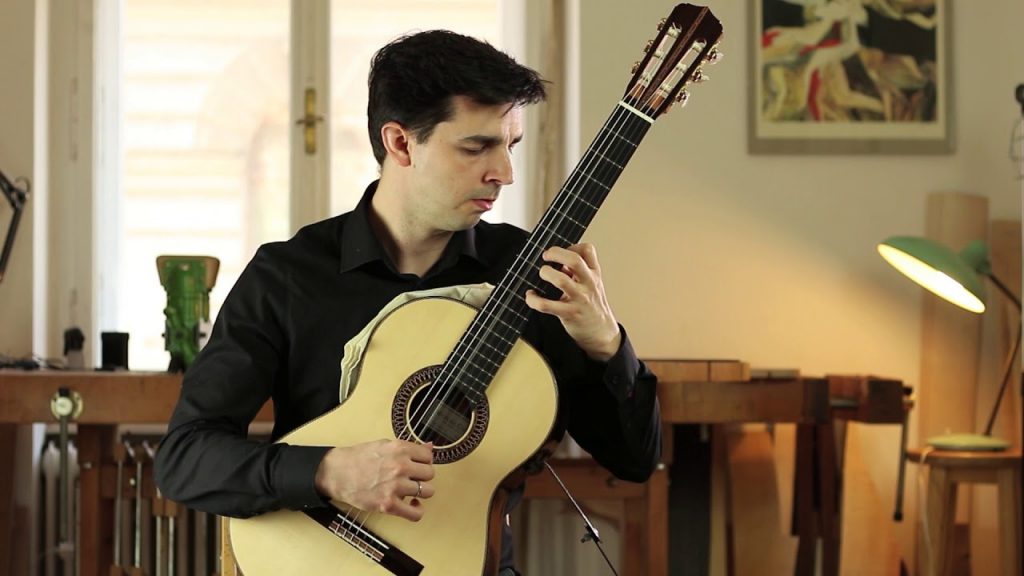 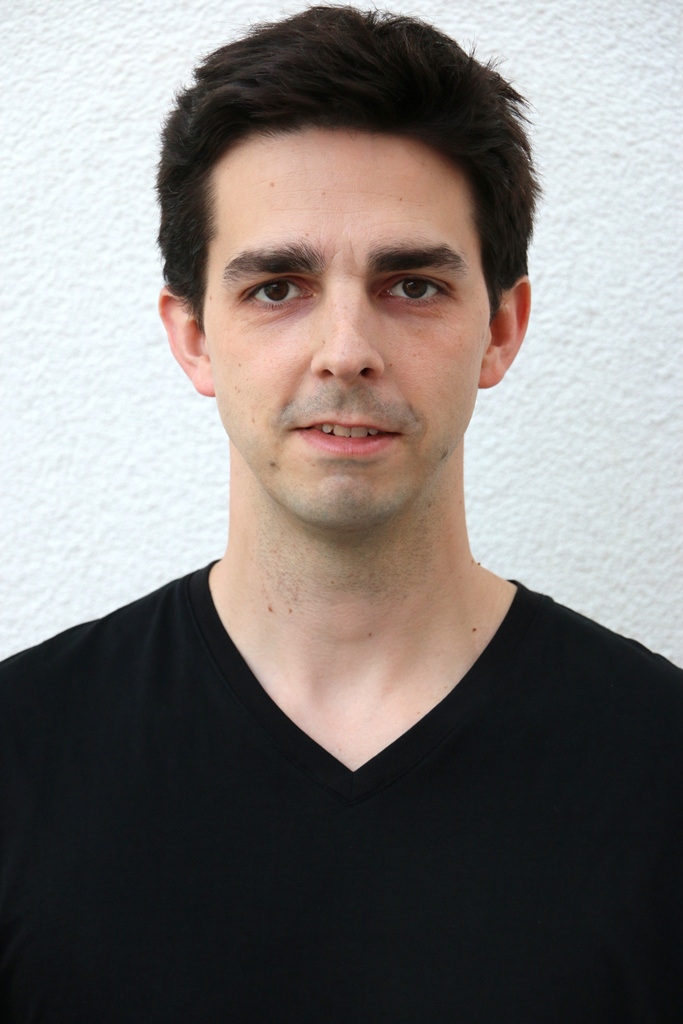 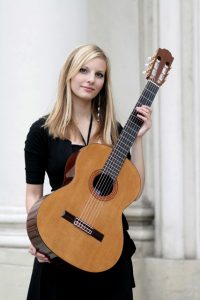 Bozhana Pavlova was born in Pleven, Bulgaria. From 2003 to 2008 she studied at the National Music School „Ljubomir Pipkov“ in Sofia with Prof. Stolina Dobreva. After that she became a student at Music and Arts University of the City of Vienna in the class of Univ.-Prof. Mag. ArtD. Jorgos Panetsos. In 2015 she finished her Master’s degree in concert classical guitar with full excellence.

In addition, Bozhana finished also with excellence her second study in pedagogy for guitar at the University of Music and Performing Arts, Vienna with em.o.Univ.Prof. Walter Würdinger and Univ.-Prof. Adriano Del Sal. 2019 she completed her PhD. at the New Bulgarian University with Prof. Dr. Panayot Panayoto

Bozhana is a laureate of a number of competitions in Bulgaria, Romania, Montenegro, Croatia, Albania, Germany and Italy. Moreover, she received a grant for high artistic achievements from the Ministry of Culture of Bulgaria and two grants for best results  from Music and Arts University of the City of Vienn

In 2014 she was awarded the prestigious grant ‘STARTStipendium’ for talented young musicians by the Austrian Ministry for Education, Art and Culture. In 2016 she became an awardee of SYLFF Tokyo Foundation, which supports exceptional young talent

Bozhana Pavlova is a guitar professor at the Music and Arts University of the City of Vienna and Johann-Joseph-Fux-Conservatory in Graz. She is also a founder of Guitar Duo “Artistic“ together with the guitarist Aleksandar Visokomogilski. She has given concerts in 13 renowned theater halls in China. Together with Tuma Orchestra and the conductor Friedel Zacherl Bozhana has performed as a soloist at the famous „Wiener Konzerthaus“ in Mozart Hall and Schubert Hall 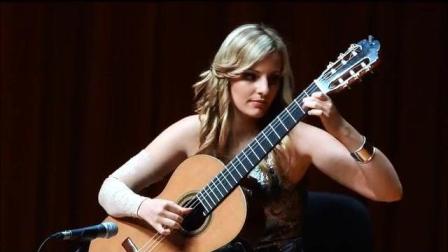 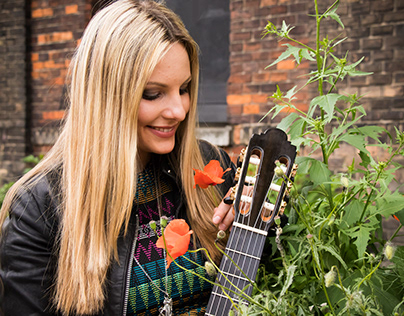 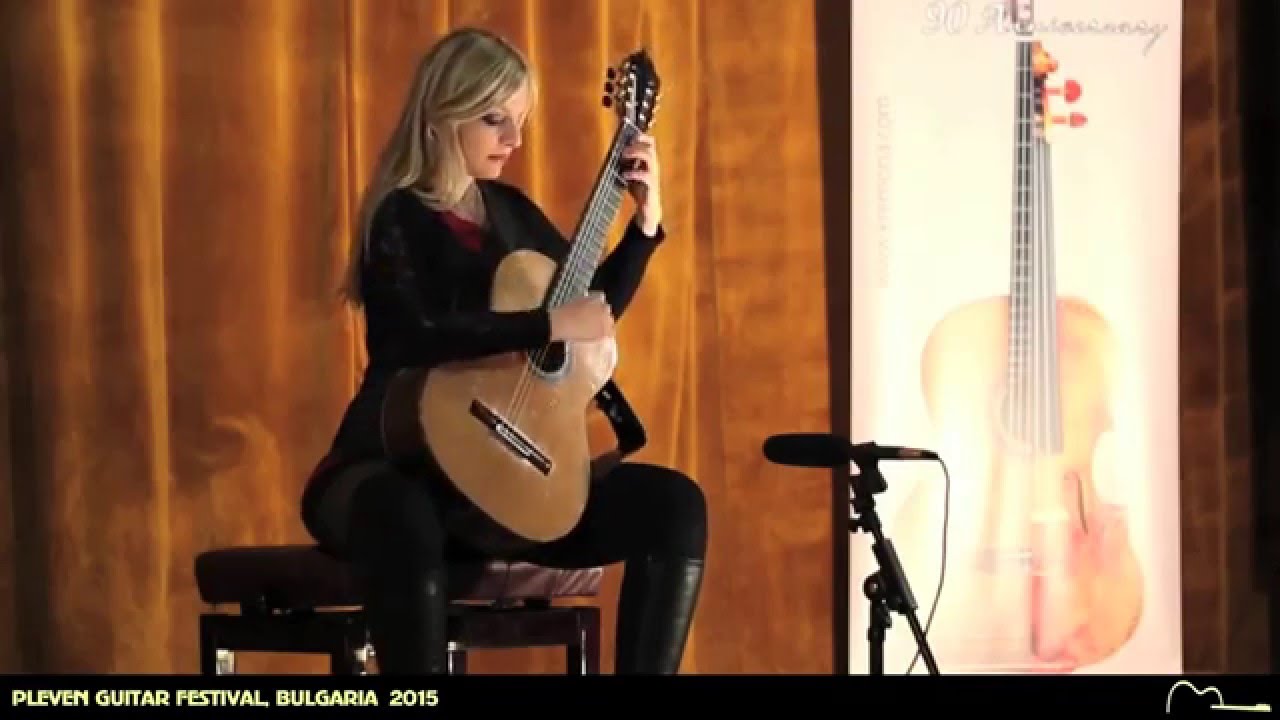 Bozhana is sharing her professional experience with students also while giving masterclasses at international festivals such as Forum Gitarre Wien, Sofia Classical Guitar Days, Pleven Guitar Festival, Seckau Summer Academy, Zeillern Guitar Seminar and others. She has been also invited as a jury member at international guitar competitions in Europe.

In 1993 he graduated from the Academy of Music, Dance and Fine Arts in Plovdiv with a master’s degree for an accordion teacher. He specializes in the State Music Academy „Pancho Vladigerov“ in Sofia with Georgi Galabov.

Since 1993 he has been a teacher of accordion and chamber music at the National School of Arts ‘’Panayot Pipkov’’ in Pleven. Since 2019 he is a director of the school.

Nikolay Mihaylov was born on July 2, 1988 in the city of Pleven. He started playing the classical guitar at the age of 14 in the class of Lyubomir Anov, and later in the class of Assoc. Prof. Alexander Pumpalov.

In 2014 he graduated from the National Academy of Music „Prof. Pancho Vladigerov ”- Sofia, in the class of Rosen Balkanski with a master’s degree.

During his studies he created various formations and ensembles, with which he won a number of awards at competitions in Bulgaria and abroad.

Nikolay Mihaylov is a teacher of classical guitar, chamber music and musical ensembles at the National School of Arts „Panayot Pipkov“ – Pleven.

He is artistic director of one of the largest guitar festivals in Europe ‘’Pleven Guitar Festival’’. Since 2018, he has been appointed Deputy Director for educational and creative activities at the school.

Nikolay Mihaylov participates in a number of international festivals and competitions as a jury member, giving master classes and as a solo performer.

Milena Sashkova Gramova-Mihaylova was born in the city of Pleven in 1987.

She has been a teacher of classical guitar at the National School of Arts „Panayot Pipkov“ – Pleven since 2015.

She graduated her studies in „Musical Performance“ with classical guitar and „Film and Television Directing“ at the New Bulgarian University.

She is organizing master classes and training academies of leading teachers in the field of guitar art, including: Gerhard Reichenbach, Gabriel Bianco, Judicael Peroa, Georgi Vassilev, Rosen Balkanski, Stella Miteva-Dinkova and many others.

Milena Gramova-Mihaylova is a member of the founding and organizational team of the International Guitar Festival in Pleven, as well as chairman of the Association „Art next to me“ – Pleven.

Stefanos Dimitriu was born in Limassol, Cyprus in 1992.

From an early age he was inspired by classical guitar and began to study alone as well as with various teachers. Subsequently, he continued his education in Sofia, with Assoc. Prof. Dr. Rosen Balkanski.

In 2017 he graduated with a bachelor’s degree and a year later, a master’s degree at the National Music Academy „Pancho Vladigerov“ – Sofia.

During these years he participated in many concerts and competitions with various ensembles and as a soloist in Cyprus, Bulgaria and Switzerland.

He has been teaching, composing and arranging Willing to share his professional experience with students he became a member of the team of the National school of arts ‘’Panayot Pipkov’’, Pleven.